Today we have not one but two ladies sharing their Ballard tops and they are both so great!

Mandalynn of Striped Swallow Designs shares my love for fabric mixing on a shirt.  I love that she used a different fabric for the sleeves and bands than the rest of the shirt.  Mandalynn also decided to do the overlaps in the back smaller than the pattern states so that the opening would be bigger and I love it! 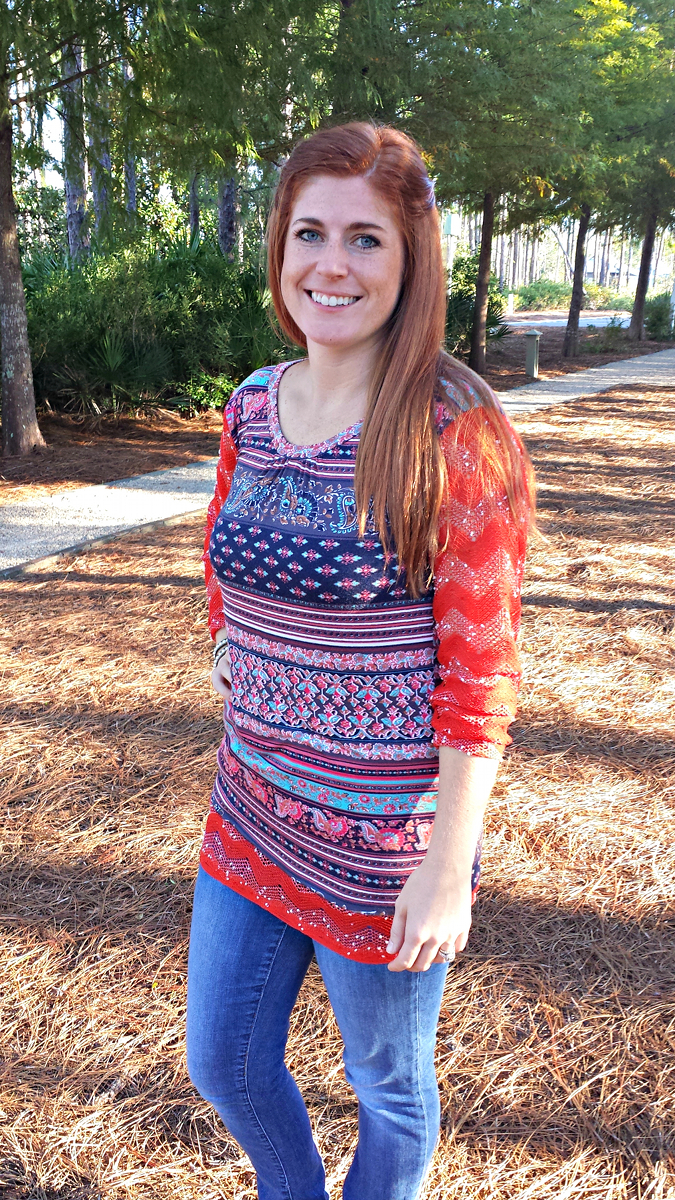 I won’t ruin the back of this shirt for you so you have to head over to Mandalynns blog to see more pictures of her Ballard.

When Mandalynn of Striped Swallow Designs hinted during the testing for the girls coachella shorts that she would be releasing a women’s version I was sold.  The girls shorts were an easy sew and since I used knit for Sophie’s shorts I already had fabric ideas swirling.  Lucky for me Mandalynn picked me to test the women’s version.

My original plan was to make a version out of the same pony fabric I made Sophie’s out of but then while walking the aisles of Joann’s looking for something else I came across this double sided black and white knit and knew it had to be a pair of Coachella’s for me.

When Mandalynn of Striped Swallow Designs posted a picture of her first pattern, Coachella Shorts, I jumped at the chance to test them.  They are seriously cute and I was excited about supporting a fellow Pattern Workshop student.

Since I do my best sewing while the kids are napping I decided to see if I could get the pattern completed from start to finish while the kids were down.  You know what it was easy peasy to get done and I even had time to spare.

It's Day 3 of the Meadowood Sewalong. Today is al

Today is the first day of the Meadowood sewalong a

Keeping it comfy while editing the Meadowood sew-a

It is such a strange holiday season this year for