When I started my business in the fall of 2014 I tried to think of something that was personal to me that I could easily translate into names for my patterns.  I knew I didn’t want to do peoples names but beyond that wasn’t entirely sure what I did want.  I finally realized that I could easily tie it into the fact that I live in Seattle. 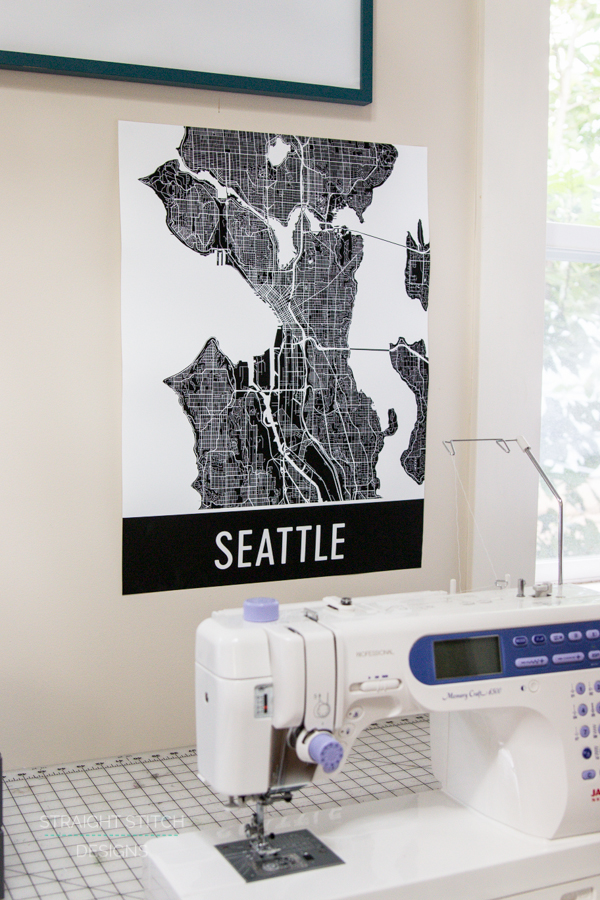 So for example my tee shirt pattern is Montlake.  Montlake is an area near the University of Washington, which is laid back and casual while still being more put together.  So it felt like the perfect name for my tee pattern.  In this instance I actually went to Montlake to take the pictures which is fun to do as well. 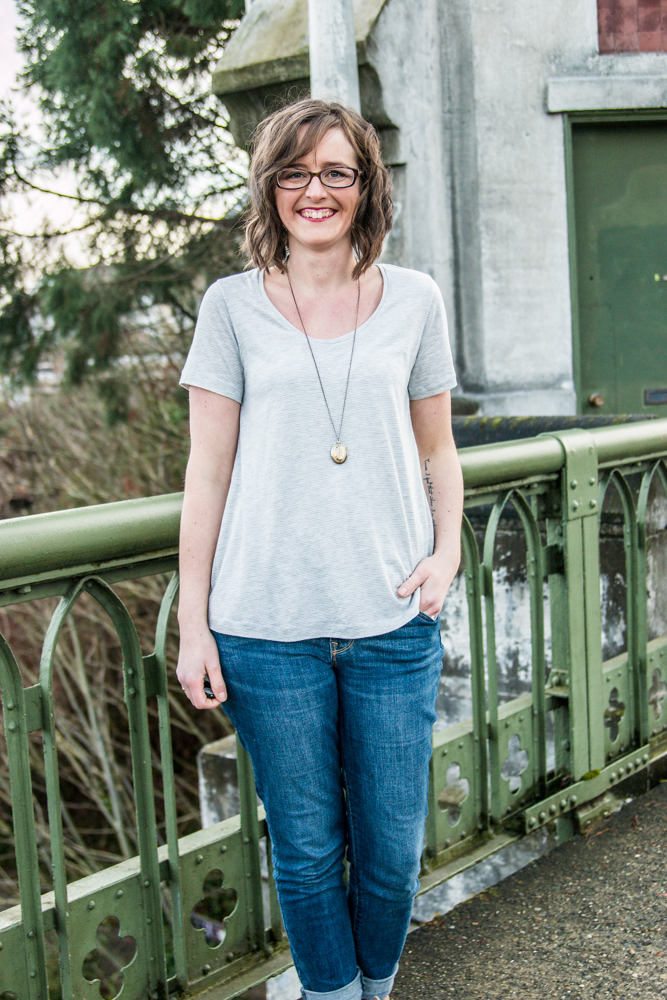 With every new pattern I pull up a list of the local neighbourhoods and see which neighbourhood I feel like makes the best fit to the design and lines of the pattern.  So I am happy to hear that my customers who are familiar with Seattle appreciate this little element to my patterns.

When Modern Map Art reached out to me about checking out one of their map prints I thought it would be a great and meaningful addition to my sewing room.  Now every time I am sewing at my machine I see my map and love that it gets me thinking about the pattern ideas down the road.

The neighbourhoods aren’t specifically labeled on this map but it really does show so much of what makes this city great and shows me areas of the city I might not have considered naming patterns after.  And the quality of the matte print is really nice, I have already been scoping out other prints I might buy.  If I skied I would totally get one of the sky maps, they are so cool. 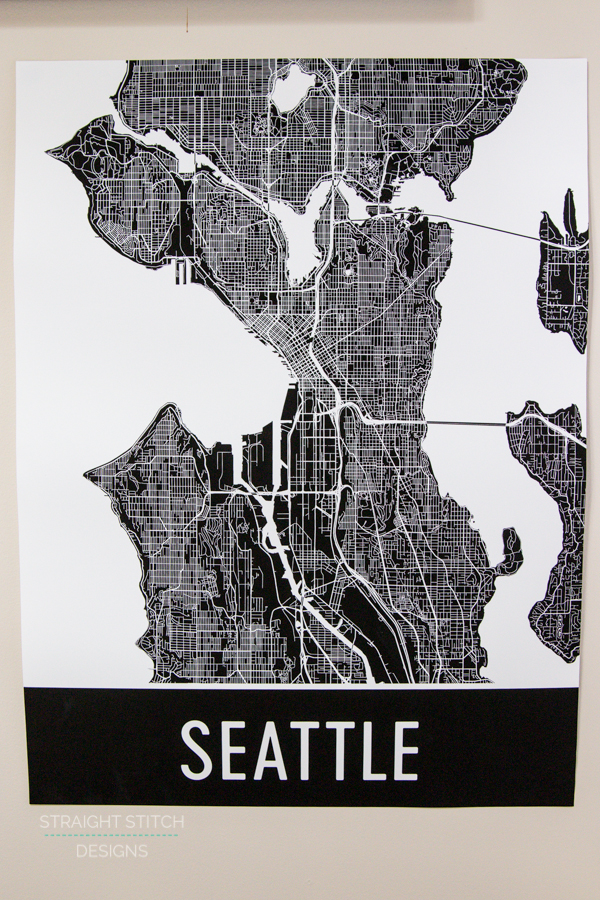 The people at Modern Map Art were kind enough to give all of you a discount code for 10% off their products with code SSDSEATTLE.

*Modern Map Art sent me the print for free but all opinions are my own.  I do not receive any money for your purchases, I just wanted to share a great company I came across.